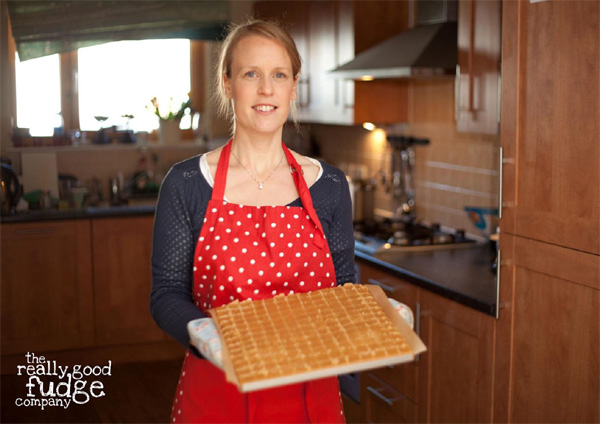 I’m Catherine, Founder, Director and Head Chef at The Really Good Fudge Company. I started making fudge when I was 7 years old. My mum found a recipe called, rather unenticingly, ‘Economy Fudge’ and we made it together often. She taught me how to test to see when it was ready using the soft ball technique, which I mostly used as excuse to eat as much as possible during the cooking process. It was my first taste of fudge, and I loved it.

Soon after, I tasted my Irish Granny’s fudge, which was far from economy. Hers was rich and creamy, and melted in the mouth. I needed to make it. I used her recipe a few times, and then lost it. I was devastated to learn that while moving house, she had also lost her copy. Unable to face a life without my new creamy fudge, I made it my mission to recreate it.

So, while my peers were out chasing boys and going out to the coolest under 18 discos, I was at home experimenting with different combinations of sugar and tinned milks. It took much testing and tasting, and finally I had it. My Granny’s fudge was re-born.

Having grown up in England, I moved up to Scotland in 2004, and 6 years later set up The Really Good Fudge Company. I was (rather forcefully!) told that what I had been making for all these years was in fact a traditional Scottish speciality called tablet. After much research, and a great excuse for confectionary consumption, I conceded that it was indeed tablet, and renamed my product accordingly. We kept fudge in the company name so as not to confuse my English customers, but what I make and sell is Scottish Tablet.

The Really Good Fudge Company has been trading well since 2010. It started life trading at Farmers’ Markets around Edinburgh and Fife, and expanded to supplying shops, weddings and corporate gifts. We love making (and eating!) Really Good Fudge, and we hear time and time again that our customers do too. 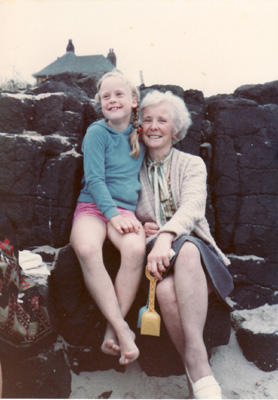 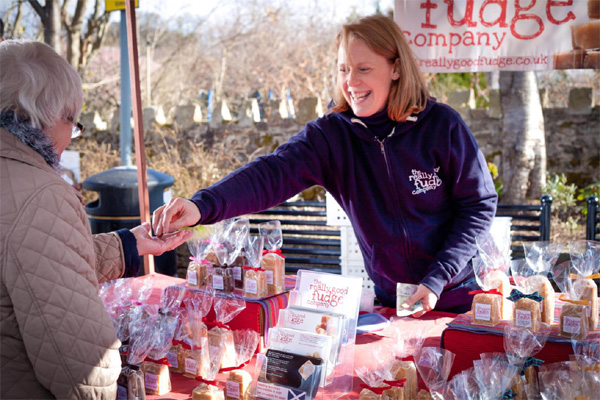